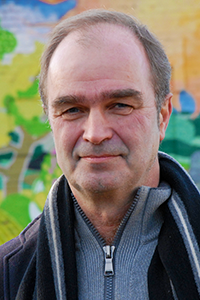 Michael started with film and video at Kulturtuben as partner. There he was post producer for TV-series “En himla många program” and “Tornado”, he was also postproduction coordinator for the feature films “Monopol” and “Den enskilde medborgaren”. He has also worked as postproduction supervisor for Björn Runges “The Wife” and Ulf Malmros “Smala Sussi”.

At Shoot & Post he has been post producer for “I called him Morgan” and “Eat Sleep Die”. He has also been co-producer for “100 years of evil”, “The Quiet Game”, “The Summer House” and “Tito on Ice”.