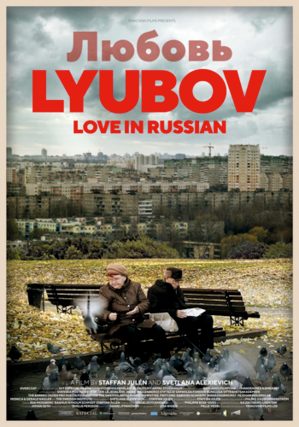 For several years, Nobel Prize winner Svetlana Alexievich investigated Russian people’s relationship of love. Which, she means, is an acute shortage of today’s society. Documentary film director Staffan Julén followed her work and together they depict a process driven by equal parts of political, artistic and humanistic forces.” The film is an intricate tapestry of interwoven stories that express the essence of love, the byzantine paths it can take, and its power to survive, even in the most desperate circumstances. But it also sings of madness, pain, longing and emptiness in a harsh reality that values people by status and money.