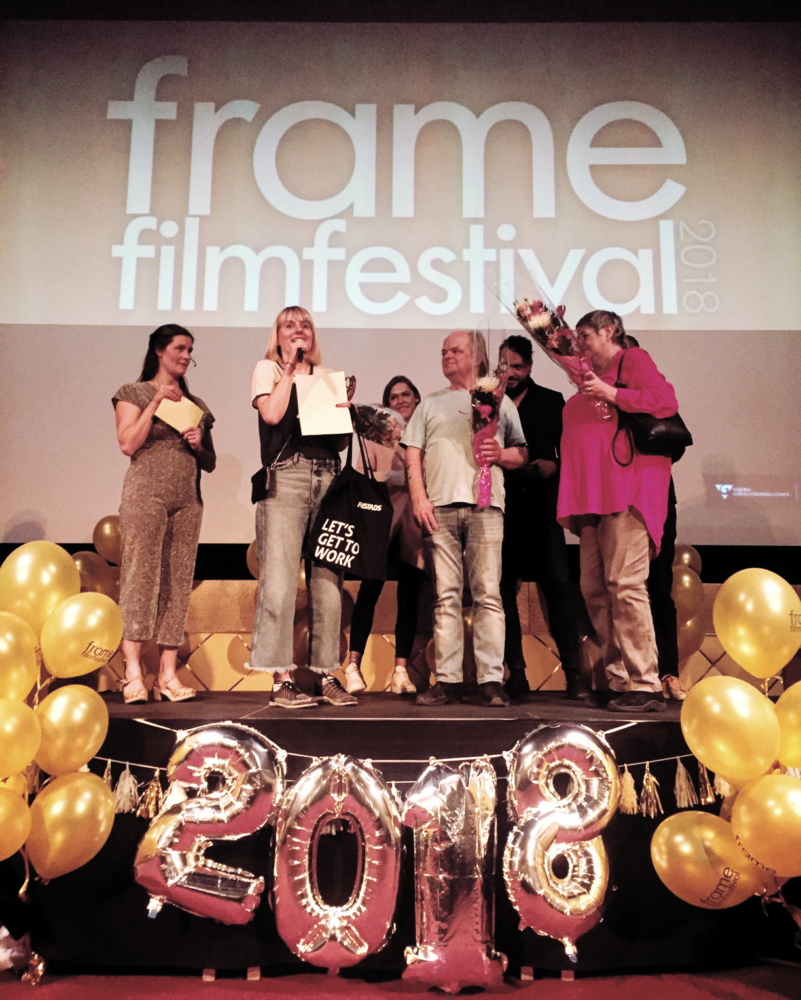 After two days short film festival, Frame now has the choir of the year’s winner. In the competition class 27+, Tia Kouvo won with “We Retired People”. The prize is presented in collaboration with Film i Väst and Shoot & Post, and consists of a co-production effort worth at least 75,000 kr.

“This year’s festival has hit public records, great fun! Already Saturday morning we had an audience of over 80 people and then it just continued to rise, “says Jenny Luukkonen, producer of Frame.