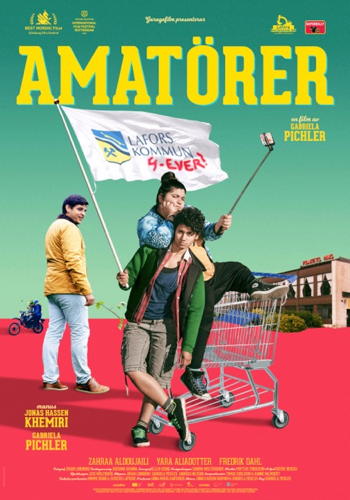 Welcome to Lafors! A small Swedish community in desperate need of a fresh start. Hope rises when the German low-cost superstore Superbilly is considering setting up business in the area. 500 new jobs, that would change everything! Musse at the local government office gets the honour to make the commercial that will be selling Lafors. But Aida and Dana pick up the fight and turn their mobiles and selfiesticks towards everyone that isn’t allowed to take part in the commercial. The battle of who has the right to tell the story of Lafors has begun.