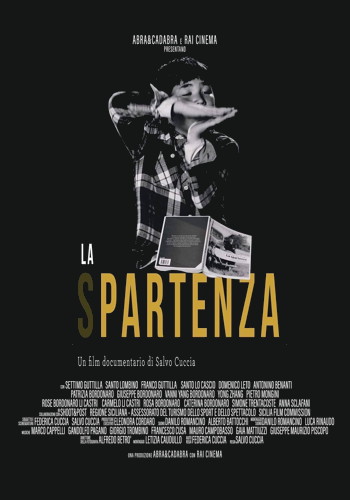 The film is inspired by the novel titled “La Spartenza”, the autobiography written by Italian immigrant Tommaso Bordonaro (1909-2000), prize of Pieve Santo Stefano, 1990, published by Einaudi in 1991. “Spartenza” means separation and departure. Tommaso emigrated in 1947 from Sicily to the USA. He is a shephard, a farmer and the emigrant who narrates in first person the story of his life “working like a dog”. It is the story of a man who migrates from Italy to USA like many others, however this very story has an amazing video documentation. Between 1955 and 1975 Tommaso shot four hours of film on his 8mm camera.
Our documentary narration goes back and forth between the past and the present time, and between the sites of Bolognetta (Sicily) and New Jersey. We meet Settimo Guttilla, a businessman who was a good friend of Tommaso and lives in New Jersey since the 70ties, importing and distributing Italian food throughout the United States. Like many other immigrants from Bolognetta, Settimo belongs to the Society of St. Anthony in the community of Garfield, NJ. Saint Anthony is the Saint Patron of Bolognetta, as well as an association of old immigrants who decided with determination, to preserve their legacy abroad.
The life of Settimo in New Jersey intertwines with the life story of Tommaso. Settimo will make a trip to visit the grandchildren of his good friend Tommaso, bringing with him the book “La Spartenza”, to find out whether or not there are still traces of the past in the new “American generation”. Then he will return to Bolognetta, Sicily, to meet again his own relatives and friends.
We are all migrants like Tommaso. Despite the suffering of migration and the separation from our own roots, life regenerates in the new places we settle in. During our absence, people, lifestyle and places are inexorably changing. When returning to our place of origin, everything is quite different from our recollections..