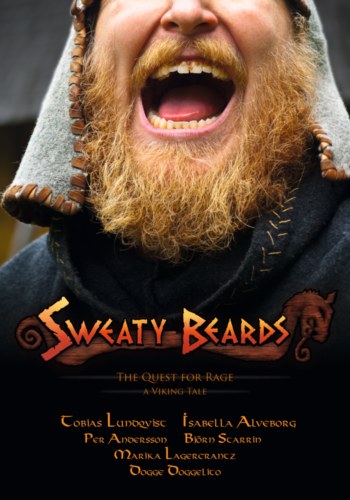 Scandinavia. In the year 968, Osvald the cowardly Viking and his brave but not too brigth brother Sigtrygg, set out to revenge the murder of their father. As much as Osvald loves to be a hero, he detests putting himself at risk of any kind and he fears Perset Olale, the evil fin who murdered his father, even more.

During a bar brawl, Osvald recklessly challenges the fiercest fighters in the known world, among them the murderer Perset. It ends up in a tournament in the old Viking way of settling disagreements; a single combat to death on a small island. Whoever returns, wins.

The next day Osvald wakes up ridden with anxiety to the questions:
Will he become a Berserker?
Will he survive this eight fighter-one survivor tournament?
Will he win the heart of Hildegun, the love of his life?