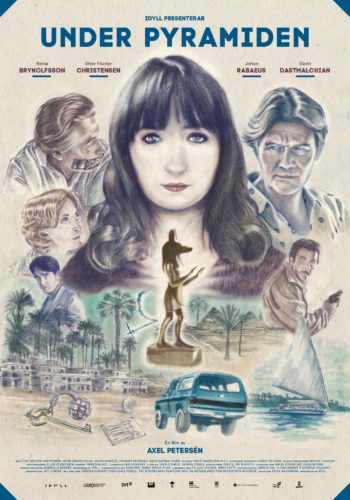 The young gallerist Katarina is suddenly drawn into an international art smuggling affair in Axel Petersén’s psychological adventure thriller. Just as she has completed the first opening exhibition at her gallery, strange things begin to happen to Katarina—played by the Danish star, Stine Fischer Christensen, alongside Reine Brynolfsson, Johan Rabaeus, Philip Zandén and others. A mysterious man calls upon her and suddenly her art dealing father goes missing. The mystery thickens and the clues point to Egypt, which has recently buckled under the Arab Spring. Under the Pyramind is a visually striking film about a woman’s search for invaluable art treasures, her father and herself.